The 7 Social Media Marketing Trends That Will Dominate 2015 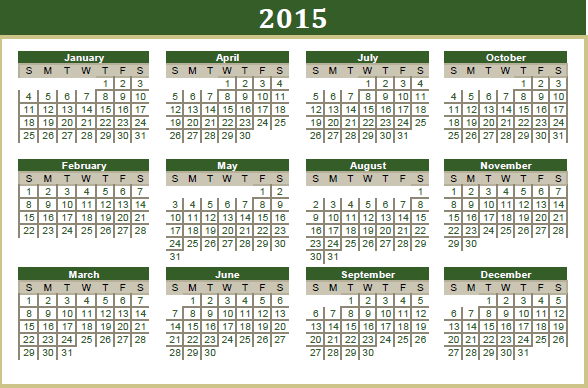 As the year draws to a close, it is time to look ahead to 2015 and examine which social media marketing trends will take over and dominate in the coming year. Let’s take a look at the seven social media sites that are prepped for a takeover in the next year and why.

Facebook has dominated the social media world for so long that it is almost impossible to envision a legitimate competitor. But Ello has come along and promised an experience that is devoid of advertisements and allows the user to enjoy a greater sense of privacy. To date, Ello has yet to put much of a dent in Facebook’s popularity, mostly due to its status as an invite only site.

At this moment in time, it is hard to ascertain Ello’s long term viability. Regardless, Ello is poised to grow in visibility in 2015 and will undoubtedly finish the year in a more advantageous position than they began with. Observers are going to be tracking Ello’s progress with great interest.

2. Facebook’s ad pricing is on the rise

Many experts are speculating that Facebook is in a decline. The site’s reach is not what it once was, and with threats like Ello on the horizon, it is time for Facebook to reverse the effects of this slide before it is too late. Unless Facebook is able to stem the tide, business owners will start to take their marketing plans to other sites.

As a result of the decrease in reach and the lessened amount of posts that are able to be seen by all, financial observers are predicting that Facebook’s ad pricing will rise in 2015, to meet the raise in demand. By limiting the amount of advertising that fans see, Facebook can continue to charge more for ads, since reach of organic posts is on a decline.

Twitter is revolutionizing the world of online business promotion, by offering businesses the flexibility and selection that they crave most. This allows a business that is smaller in size to compete with the big boys. Twitter offers an innovative rate structure that gives a business the opportunity to pay for the performance provided, instead of a click based economy.

Smarter businesses are opting to use Twitter for their promotional needs, because they are able to afford paying for what Twitter provides, which is performance. Visibility is no longer important, but results will never go out of style.

4. Google Plus’ decline into obscurity continues

Google Plus has struggled from the onset, as experienced social media browsers reported very little fundamental difference between the services provided by Google Plus and a variety of social media mainstays, such as Facebook and LinkedIn. Google Plus has also lost one of their biggest beacons of positive thinking when Vic Gundotra left.

Technological observers have already predicted that 2015 will hasten the inevitable decline for Google Plus. Google Plus has likely already cost itself a chance to be considered on the same level as Twitter and Facebook and can only be salvaged from a platform perspective. The days of seeing Google Plus as a product have seemingly come and gone already.

Instagram is growing in popularity even faster than experts were able to predict. Hundreds of millions of users utilize Instagram on a monthly basis. When it comes to social media marketing based in images, Instagram has no peers. Instagram has also begun to set itself apart by offering users the chance to post their own micro videos.

This allows them to differentiate themselves from other social media sites and augurs well for a great 2015. While Vine also offers the micro video capability, Instagram is poised to pull ahead of Vine in 2015, due to the unique experience that it offers to its users. As Instagram grows, marketers will continue to use their video advertising to their benefit. For advertisers who are trying to reach youth culture, Instagram is on the rise.

6. LinkedIn strengthens its choke hold on the B2B market

LinkedIn has raced out to the early lead as the premier B2B network, and this gap should only continue to widen as 2015 dawns. While LinkedIn does not quite compare to the numbers posted by Facebook and Twitter, they are second to none among B2B sites. When it comes to B2B based marketing, LinkedIn’s numbers actually comparatively to Facebook and Twitter.

It is believed by many that 2015 is the year that LinkedIn finally surpasses Facebook for the B2B marketing crown. Considering that LinkedIn was only 1 percent away from surpassing Facebook this year, that just may be one of the safest bets that can be made for the coming year.

7. Social media will become a larger pillar of content marketing

Marketers have begun to realize that social media marketing is the most cost effective method of ensuring that their content is placed in front of the largest audience possible. Having a viable distribution strategy in place for content has now become more important than the actual content.

Now that marketers are slowly coming to this realization, social media marketing will take on a larger role in an advertising campaign, as opposed to being just one of the many ideas that are utilized. Designing successful social media strategies for distribution of content will take on more importance in 2015.

Direct Digital Solutions can help you with your social media requirements, keep you focused on your goals, and measure your successes. Contact us today on 02 9557 7623 or email us@directdigitalsolutions.com.au